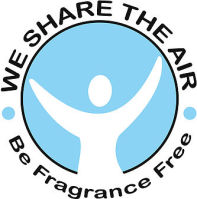 Gwen grew up in Nova Scotia and spent most of her career there in the manufacturing sector in middle management support roles. Early in her 20's she became interested in Massage Therapy and its effects on the body and mind.  She had several injuries over the years that led to her being treated with most of the manual treatment options available. Even though she had treatment after her injuries, she never felt her body was "quite right" and always had pain. As the years went on she wanted to be the one to help other people relieve their pain.

After moving to Dorchester in 2011, she decided to take the opportunity to do what she felt she was meant to do, work with people on resolving their pain issues. In her final semester of the D'Arcy Lane Massage Therapy program, she was introduced to Structural Integration. At that moment she knew Rolf Method of Structural Integration was the missing piece in her injury treatment over the years. After being Structurally Integrated with the Rolf Method, the back pain that had been with her for 26 years disappeared. She had soft easy posture (without having to use effort to put areas of the body in their place), and knew how to maintain the changes.

In September 2014, she started her 500-hour Rolf Method of Structural Integration training with sought after speaker, practitioner and teacher Kevin Lucas from NEURO MOVEMENT INTEGRATION. She wanted to empower other people with the Rolf Method of Structural Integration. She continues to be amazed with the changes in her clients every session and loves seeing their response of those changes when they move and in their after photos.

Gwen is in good standing with the College of Massage Therapists of Ontario.

All the information you need to know for your first appointment will be sent with your first confirmation e-mail when you book online. If you have any other questions or concerns please contact us here or call. Our professional team will be happy to help you.

Get Social With Us

Recommend this page on: